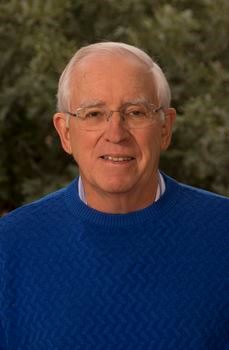 Mr. Brown has over 40 years of experience in the healthcare field. He   has served on over 20 boards of directors of both private and public   companies in the medical device/ biotech/diagnostic areas. He has   been Chairman and CEO of three medical device companies. He took   two of them public. In 1991 he was awarded Entrepreneur of the Year   and in 2000 Director of the Year, Governance. He served as a Captain   in the US Army from 1968-1972. He received his MBA from the   University of Michigan Graduate School of Business in 1967.

While living at Desert Mountain for the past 15 years, he has been involved in the community. He has been very active in CARE, chairing committees, serving on the board, and raising money. He served two years on the Golf Club finance committee (2016-2018). He is currently on the Board of the GQ-SR-EF village board where he has served the last 10 years.

Mr. Brown was a founding investor in Endologix in 1997 and became President and CEO in 1998. He added the Chairmanship the next year. Mr. Brown led the company through its early years, gained CE mark approval and US approval and several rounds of financing.  He took the company public in 2002 through a reverse merger. When Mr. Brown retired as Chairman in 2012, Endologix (ELGX) had sales approaching $100 million and a market cap of almost $1 billion.

Prior to Endologix, he was Chairman and CEO of Imagyn Medical. He joined the company in 1994, did a recapitalization of the company, fixed FDA issues, took the company public in 1996 and sold it 1997.

Mr. Brown was also CEO and President of Deltec Systems, which became Pharmacia Deltec from 1986-1994 when the company was sold to Smith Industries. The company had only 10 employees when it started and he grew the company to over $150 million in sales, it was profitable, and the world leaders in ambulatory infusion care.