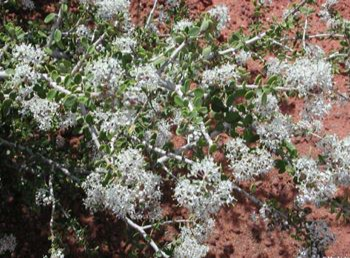 Comments: The very similar Fendler's Ceanothus (Ceanothus fendleri)is usually found at higher elevations and has spine-tipped branches and leaves with 3 major lengthwise veins. Ceanothus greggii does not have thorns. The flowers are very fragrant and perfume the air near the plants. Host plant for Hedgerow Hairstreak butterfly.